This Week in Astronomy History: May 24-30 Photo: The dome of the Clark Refractor, the same dome–with some modifications–that still stands on Mars Hill today. The Clark dome was built in 1896 and set up at Lowell in 1897. This picture was taken in 1897 or 1898, while the dome was still covered by a temporary canvas roof. | Lowell Observatory Archives 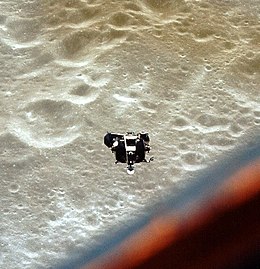 Apollo 10 was the fourth crewed mission in NASA’s Apollo program, and the second to orbit the Moon. The mission’s primary objective was to test all the components and procedures of landing on the lunar surface without actually doing so, serving as a sort of “dress rehearsal” for first actual Moon landing on July 20, 1969. The craft entered lunar orbit on May 24, 1969, and remained in orbit for 2.15 hours. The mission’s command module and lunar module were named Charlie Brown and Snoopy, respectively, after characters from Charles Schulz’s comic strip series Peanuts.  Shultz also drew artwork for the Apollo 10 mission. When light beams from Arcturus were picked up by photoelectric tubes at the observatories, signals flashed on this display board on the rostrum of the Hall of Science to the show the audience. Century of Progress Records, 1927-1952, University of Illinois at Chicago Library

May 27, 1933: World’s Fair opens with light from Arcturus, captured by the Yerkes Telescope

On May 27, 1933, the World’s Fair opened in Chicago, Illinois, with “Century of Progress Exposition” as its theme. The exhibition, created to celebrate scientific and industrial progress, was kicked off with a demonstration using the 40″ Refracting Telescope from Yerkes Observatory in William’s’ Bay, Wisconsin, along with telescopes from University of Illinois Observatory, Harvard College Observatory, and Allegheny Observatory. Through the telescopes, light from the star Arcturus was focused onto photocell tubes, devices that produce an electric current when exposed to light. Each of the four observatories sent the current to the Chicago fairgrounds through the Western Union telegraph lines, powering on the lights of the event. The idea of basking under the rays of a distant star (though somewhat indirectly) dazzled the audience, so much that nearby Elgin Observatory was pressed to light the fair in similar fashion every night for the remainder of the season.

May 28, 1894: Percival Lowell arrives in Flagstaff, marking official founding of his observatory After a long search for the ideal location for his observatory, Percival Lowell arrived in Flagstaff, Arizona on May 28, 1894. Astronomer Andrew Douglass, had already been in Flagstaff for several weeks, setting up equipment in preparation for Lowell’s arrival. This included a borrowed, temporary telescope dome (pictured right) that housed two telescopes: an 18″ scope borrowed from astronomer John Brashear, and a 12″ scope borrowed from Harvard College Observatory in Cambridge, Massachusetts. If you look closely at the trees in the background of the photo, you can see that the temporary dome was placed in the same spot that the Clark Dome occupies today!