The 4.3-meter Lowell Discovery Telescope (LDT), formerly called the Discovery Channel Telescope (DCT), is one of the most versatile telescopes in the world. With a revolutionary instrument cube that allows for the simultaneous attachment of five instruments, the LDT has been called “the Swiss Army Knife of Telescopes.” Lowell Observatory solely owns and operates the telescope, and has formed scientific partnerships that grant access to scientists from Boston University, the University of Maryland, the University of Toledo, Yale University, and Northern Arizona University. The observatory also maintains a media access and marketing partnership with Discovery, Inc., which funded $10 million of the $53 million cost of the LDT’s construction.

The LDT is one of the most sophisticated ground-based telescopes of its size. It is designed to accommodate four different optical configurations: Ritchey-Chrétien (RC), prime focus, Nasmyth, and bent Cassegrain. Currently only the RC configuration is used, in which starlight reflects off the primary and secondary mirrors and comes to a focus near the bottom of the telescope.

Lowell Observatory has formed scientific partnerships with a number of institutions, providing their researchers access to the Lowell Discovery Telescope. The instrument cube at the Ritchey-Chrétien focus is one of the LDT’s greatest strengths. One face of the cube is bolted to the back of the mirror support cell; the other five faces can each accommodate a different instrument. Deployable fold mirrors inside the cube allow fast switching between instruments mounted at the various ports, and some instrument combinations allow near-simultaneous imaging and optical/near-infrared spectroscopy.

This ability to switch instruments rapidly—in about one minute, rather than the hours required to physically remove instruments and bolt new ones to a telescope—led former Lowell Observatory Director Bob Millis to describe the LDT as the “Swiss Army Knife of telescopes.”

The instrument cube was designed by Lowell Observatory instrument technicians and engineers including Tom Bida, Ralph Nye, and Ted Dunham. Most of it was machined and assembled in our instrument shop, while some parts were outsourced, including to the Scientific Instrument Facility (SIF) at Boston University. 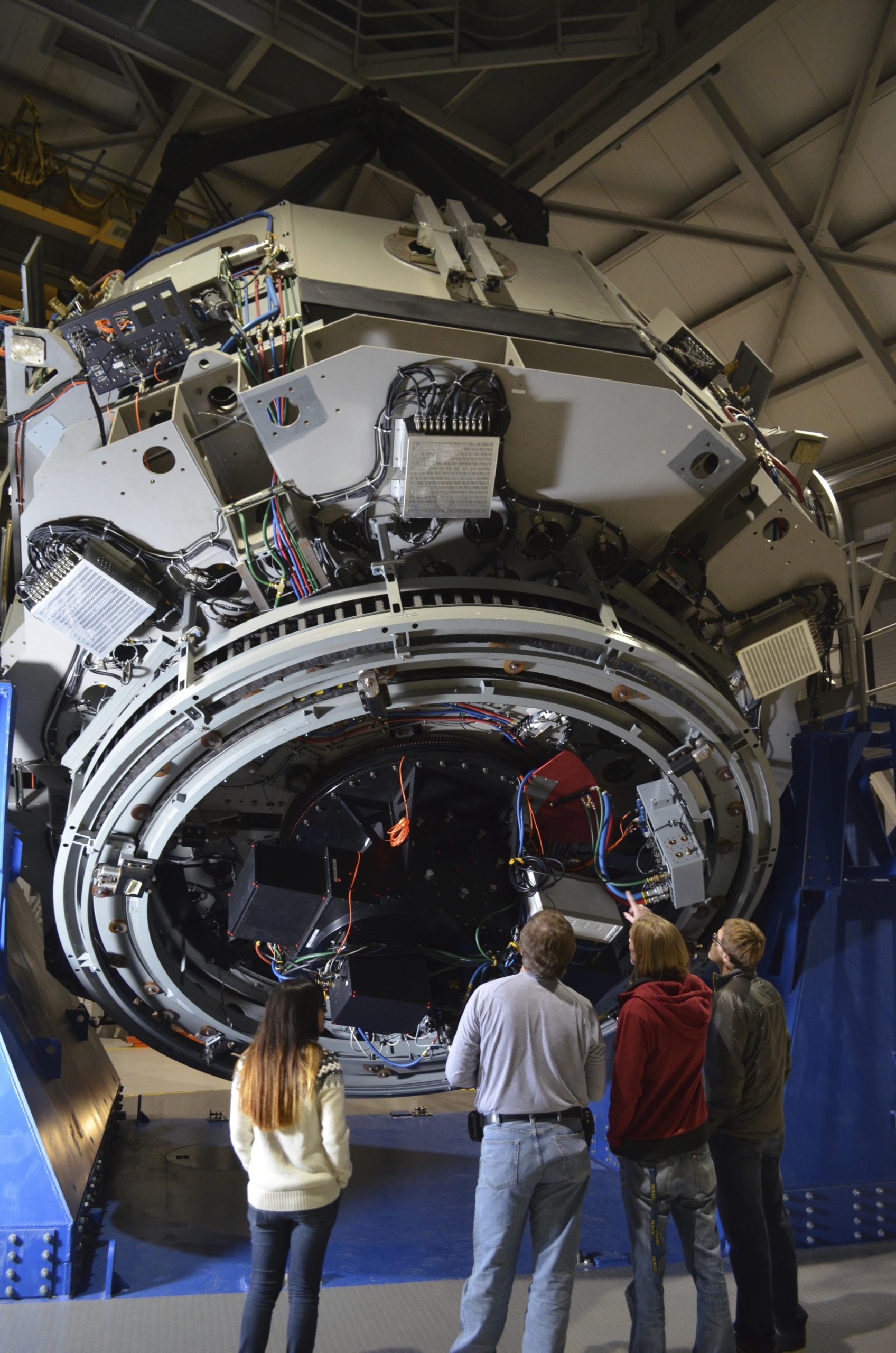